On the recommendation of Brendyn’s sister,  Kylee, we went to Knorrit Flat to camp that night.  She had taken her family there for camping trips in years past and they enjoyed the lovely location and tubing down the river – a popular activity there.  It was great! Really beautiful under the trees by the river.  The owners will bring firewood if you want it and they do an ice cream/shop item run down to the park from their office higher up on the hill, a couple of times a day.  When conditions are right they will also take a mini bus load of campers further up the river to float back down in tyre tubes.

We wanted to see some waterfalls we’d heard of in the area.  The Ellenborough Falls.  Other campers we spoke to that night however advised that access would be difficult from Knorrit Flat and we should go to Potoroo Falls instead.  So the next morning we set off.  It was a wet day and there were lots of dirt road.  The countryside was lovely though.  After hours of driving we made it to the junction that led to Potoroo Falls.  Here we found that the road is suitable for 4WD’s only, in wet conditions.   Sigh.  We didn’t want to risk getting stuck, so turned around and drove back down through the charming town of Wingham to Taree.

We stayed at the Taree showground that night.  As it was pouring rain, the caretakers suggested we park under one of the pavilion shelters.  This made the camping very easy!  They also gave a second opinion supporting the idea of going to Ellenborough Falls so we decided to do that the next day.

Ellenborough Falls at Elands was well worth the drive.  It is a spectacular sight as the 200m drop is one of the longest single drop waterfalls in the Southern Hemisphere.   There are walking tracks that enable views of the falls from different perspectives and a picnic area where we enjoyed our lunch.

Back in Taree we decided to stay at the showground again as it was still raining and having shelter was very nice!

The next morning we set off and drove through beautiful Forster/Tuncurry.  We’d spent some time there recently and wanted to go back to Seal Rocks which we’d missed seeing last time.  It is a tiny but picturesque settlement by the seaside.  We walked up to Sugarloaf Point lighthouse which is the second most easterly lighthouse in Australia (after Byron Bay).  A steep walk but a great view at the top.

Our stop that night was in Bulahdelah.   All our lives we’d only ever stopped at Bulahdelah briefly for fuel or a rest stop at the service station on the way to/from Sydney.  It was a surprise to find that there is actually a very nice little village there off the main road.  One of the friendly locals told us of some good places to see on the Myall Lakes and suggested we travel through there on our way south rather than just following the highway.  Sounded a good plan so the next day that’s what we did.

We went to Bombah Point where a ferry takes vehicles across the small stretch of water to Myall National Park.  Taking this route via the coastal lake system was interesting as neither of us had been there before.  There were long stretches of isolated beaches and coastal woodland with many camping areas where people come to kayak and fish.  We stopped at Hawks Nest before driving through Tea Gardens and back to the highway.

It wasn’t long before we were in Sydney and being welcomed by Josh & Ashleigh at their home in vibrant Surry Hills.  We had five days in Sydney with them before setting off on the next leg of the trip.

On the way to Potoroo Falls 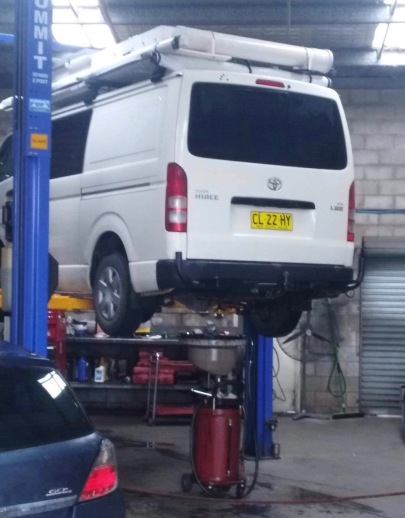 A check up before we leave 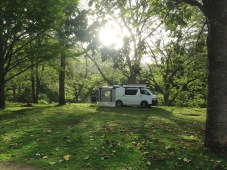 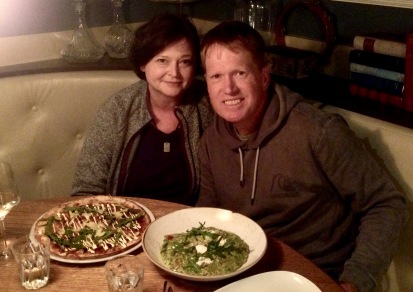 Dinner out in Taree 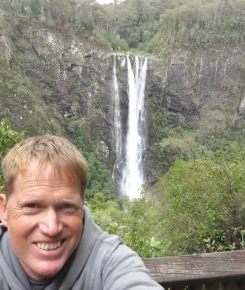 The most persistent bush turkey ever 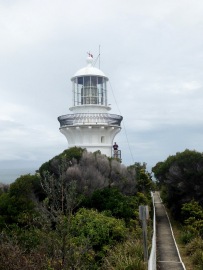 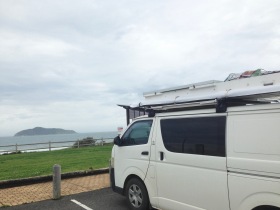 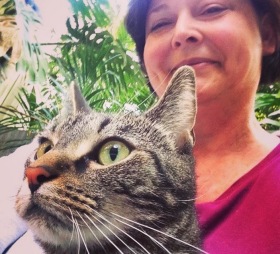 Ashleigh made the most delicious chocolate chilli cake 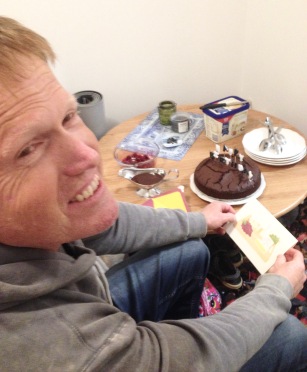 “It feels good to be lost in the right direction”.